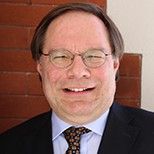 "TFS gave me the opportunity to learn French, write it well and learn more about France. To this day, France is still my home away from home. TFS also allowed for the establishment of some pretty amazing friendships and bonds. There is no doubt that what I am today is in part due to TFS and the way it modeled and shaped me."
Dr. Ian D'Agata is an award winning-wine writer and frequent speaker in Italy and around the world on health and wine. He holds a medical degree with specializations in paediatrics, pediatric gastroenterology, nutrition and liver transplants. While these two topics may seem to counter each other, for Dr. D'Agata, the breadth of his career speaks to the diversity of his TFS education.
Dr. D'Agata developed a natural love for wine having tasted some great wines courtesy of his father's well stocked cellar. Years later when living in Rome, he realized that many of Italy's wine grapes were on the verge of extinction. This eventually led to him exploring and identifying grape varieties, and seeking to understand the composition of wine.

For more than 25 years, he has been writing and lecturing about food and wine. He fondly remembers his high school teachers who helped him become a better writer, and expresses his appreciation for their guidance and encouragement. As one of the world's best known wine writers, he covers Alsace, Bordeaux, Italy and Canada for the prestigious newsletter, International Wine Cellar. Named Italy's best wine journalist in 2012 and best young wine journalist in 2007, he is also the recipient of the 2009 International Association of Culinary Professionals Gourmand Award for D'Agata & Comparini Guide to Italy's Best Wines. He has written for Harper Collins/Ecco's The Ecco Guide to the Best Wines of Italy and his new book, The Native Wine Grapes of Italy, will be published by University of California Press in May 2014.

Though Dr. D'Agata spends more than half the year traveling, he maintains an active medical practice, is a guest lecturer in the food sciences master's program at New York University and is the regional co-chairman for Italy at the Decanter World Wine Awards. In addition, he serves as the scientific advisor of Vinitaly International and the scientific director of the Vinitaly International Academy. Dr. D'Agata's contributions nationally and internationally are astounding and of a rare vintage indeed.
Back