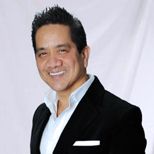 "TFS taught me to have a strong passion and work ethic for doing things I really liked to do. During high school I was there seven days a week, setting up art exhibits, building sets and rehearsing for plays. Those were some of the best years of my life. It has greatly influenced who I am today."
As the young owner of a brand-new advertising agency in the mid-1990s, Justin Poy got pretty used to rejection. Then he started to ask about the Chinese market and prospective clients stood up and took notice. Today, Toronto's Justin Poy Agency counts the Canadian International AutoShow, Foresters and Birks & Mayors among its clients, and Justin is internationally recognized for his ground-breaking approach to ethnocultural advertising.
Justin's unique pitch draws from his own background — both his parents are from Hong Kong — and from the influx of Chinese immigrants he watched settle in Canada in the mid- 1990s. He's casting his net even wider today; the Poy Agency specializes in advertising for the entire South Asian market. Justin has earned numerous accolades for his work: Summit Awards, Emerging Media Awards, the Cannes Lions Award for special effects and he has been honoured by the Chinese Canadian Advertising, Marketing and Media Association.
"Figuring out niche markets is how I built my company," explains the TFS grad and former president of the TFS Alumni Association, who earned a Bachelor of Applied Arts degree from Ryerson University.
As proud as he is of his for-profit success, it's Justin's work in the non-profit sector that gives him the greatest pleasure. He's on the Board of the SickKids Foundation, the Ontario Media Development Corporation and the Kidney Foundation of Canada, and is Chair of the Asian Advisory Committee for the Toronto International Film Festival. A three-time kidney transplant recipient, Justin was the strategic mind behind the Trillium Gift of Life Network's ongoing ethnocultural organ and tissue donation campaign, and the Poy Agency's distracted driving campaign proved a winner for the non-profit Trillium Automobile Dealers Association.
"My philanthropic work defines me even more than my work at my agency," he explains. "It balances out my life."
In September 2002, Justin was awarded the Queen Elizabeth II Golden Jubilee Medal and he received the Diamond Jubilee Medal in August 2012 for his community service and philanthropy.
Back