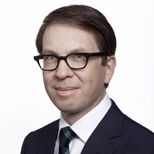 "Canada's First Nations form the bedrock for this country and we never really explored their story well enough. By giving them better business opportunities through Gemini Power, I want to change the paradigm of how large corporations do business with First Nations."
Neurosurgeon, biotechnologist, human rights and peace activist, social entrepreneur, philanthropist, investor, renewable energy developer — it's virtually impossible to pin down TFS alumnus and parent Michael Dan.
"Life is a journey filled with many detours," he laughs, explaining his exceptionally diverse background that began with TFS' fourth graduating class. Inspired by a bilingual education that was "amazingly experimental," Michael pursued a medical degree at the University of Toronto, a PhD in experimental medicine from McGill University in Montreal and an MBA from Louisiana's Tulane University. After five years as an assistant professor of neurosurgery at Louisiana State University, he left medicine to become the CEO of Novopharm Biotech Inc., a publicly-traded drug discovery company. When the parent company, Novopharm Ltd., sold in 2000 for a reported $430 million, Michael reinvented himself yet again.
Today, he is president of Gemini Power Corporation, a private hydro-electric power generating business focused on Canada's First Nations.
"I want to change the paradigm of how large corporations do business with First Nations," he says.
Michael is giving back in other ways, too. Through the Paloma Foundation, a Toronto charitable organization benefiting homeless people, and women's and children's health and education, he supports eight downtown youth shelters. Paloma also funds an annual education series for youth shelter workers to learn about difficult topics like suicide ideation.
"It's taken me 35 years to figure this out," Michael says of his ever-changing, yet ever-passionate approach to life and career. "We have one of the best multicultural societies in the world and TFS is at the epicentre of it all. It's an amazing place with layer after layer of different cultures, experiences and perspectives. How could I approach life any differently?"
Back