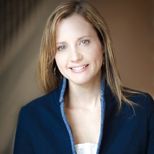 "Upon accepting the honour, Dr. Nutt reflected on the role her bilingual education has played, not only in the advocacy that has been a trademark of her career, but in her ability to listen to the children and families for whom she is so passionate."
—ANDREW GRAHAM '01, TFS ALUMNI ASSOCIATION PRESIDENT ON DR. NUTT'S ACCEPTANCE SPEECH
Dr. Samantha Nutt '87, Founder and Executive Director of War Child Canada is the recipient of the third annual Le prix de distinction des anciens élèves de TFS.
Dr. Nutt is a medical doctor with more than fifteen years of experience working in war zones. Committed to peace, human rights and social justice, she has worked in some of the world’s most violent flashpoints with War Child, the United Nations and non-governmental organizations (NGOs) in Darfur, Iraq, Afghanistan, The Democratic Republic of Congo, Liberia, Sierra Leone, Somalia, Burundi, northern Uganda, Ethiopia and the Thai-Burmese border.
Over the course of her professional career and as the Founder and Executive Director of War Child, Dr. Nutt has spearheaded efforts to provide direct humanitarian support and long term programming to war-affected children and their families, and to promote greater awareness in Canada concerning the rights of children everywhere.
Dr. Nutt was recently named one of Canada's 25 most influential figures by The Globe and Mail, the latest in a long list of awards and tributes. Time Magazine named her one of Canada's Five Leading Activists, while the World Economic Forum recognized her as one of 200 young global leaders.
In 2010, Dr. Nutt was awarded the Order of Ontario. In 2011, she was appointed to the Order of Canada and also received an honorary Doctor of Laws degree from York University for her commitment to and excellence in public service.
Dr. Nutt released Damned Nations: Greed, Guns, Armies and Aid in 2011.
Back