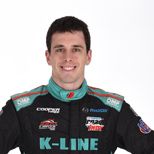 “There were 20 or 30 of us who went all the way through TFS together. That sense of community was incredible and gave me an appreciation for the importance of cultivating relationships."
For an up-and-coming professional racecar driver, Dalton Kellett ʼ11 early success has been impressive. Currently racing for Andretti Autosport, a team owned by famous former driver Michael Andretti, this will be Dalton’s second season competing in Indy Lights, one step from the pinnacle of North American open-wheeled racing: IndyCar. Yet Dalton’s racing accomplishments are only part of his incredible story.
When he graduated from TFS, rather than opting to race full-time like the rest of his peers in the sport, Dalton enrolled in the highly competitive engineering physics program at Queen’s University. While there, he was involved with the prestigious Formula SAE team that designs and builds a race car for competitions. At the time, school and sport meant that his rapid ascent through the racing ranks was delayed, but he is now reaping the rewards of being an engineering graduate.
“As you move up through the levels, the cars become more technical,” explains Dalton. “Drivers need to be able to give precise feedback about the car’s performance. My background is an advantage for our team.”
Dalton’s passion for engineering fuels his commitment to act by engaging in outreach to schools. “I realized early on that racing gives me a platform to introduce topics like aerodynamics. Students’ eyes light up when I talk about racing. I hope to inspire future generations to follow their dreams and pursue careers in STEM (science, technology, engineering and math).”
Many of the skills that have helped Dalton succeed were cultivated during his time at TFS. “My schedule during university was pretty hectic,” he says, “but I already had solid time management skills. It was also a benefit to have had an international education in two languages because the racing community is very multicultural.”
Dalton also values his ability to reflect. “A big part of racing is understanding what is or is not working. If you don’t do that, your progress sputters and you fall behind. Ongoing reflection ensures your career continues on an upward path.”
Grateful to be the recipient of the 2017 Prix de distinction des jeunes diplômés (Young Alumni Award), Dalton knows that whenever he is pushing for a pole position or checkered flag, the TFS community is cheering him on.
Back